How to Buy a Franchise Business: 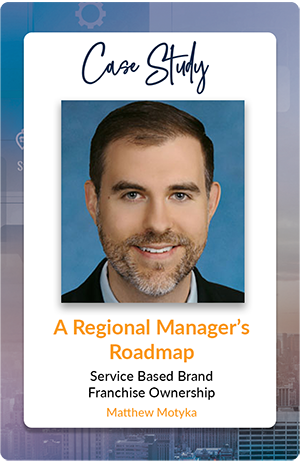 Franchise development needn’t be confined to singular ventures: a one-way, pre-mapped voyage drafted by a captain’s keen on fiscal stability. If every industry were its own sea, one couldn’t be blamed for staying a time-tested-and-true approach to their intended destination. Nevertheless, a destination itself might be saturated and uninhabitable amidst other captains pursuing business real estate.

Because a business expansion attempt is incredibly expensive, the very same destination can wipe one out completely if its environment isn’t ideal to growth. Where growth maps and scale compasses are considered, few tools remain fully relevant as a business inevitably sets sail into unknown territory. At the end of every day, they join the ranks of many others who’ve said the same truism of modern success:

Knowing How to Buy
a Franchise Business
Isn’t Easy

A lot of business owners are forced to improvise at every step—which, for the most part, they expect up front.

What isn’t expected, however, is the ‘scaling loop’: a spiraling, financial whirlpool business owners encounter if their franchise ship isn’t big enough to prosper in current conditions.

For many business owners, franchising success would be a dream come true. It’s ‘the main goal,’ comprised of many smaller goals along the way. A lot of aspiring franchise owners who’ve achieved said smaller goals, however, quickly find themselves in a bind: As their business grows, the dream gets more expensive. To pay it off, they’ll need to invest in new goals.

For some to-be franchise owners, however, there’s a way to avoid such a tailspin—the cost being a simple, weary statement traded in as a mere token for the lucrative answers many assume don’t exist: “More obligations keep popping up,” they say.

“It never ends,” they amend.

For business owners like Matthew Motyka, acknowledging “It never ends,” was the first step in an opposite direction. And this opposite direction, indeed, was the correct one. Keen business operators like Matthew Motyka tend to escape the above-mentioned goal-for-a-dream cycle pitfalls most fall into—but even a regional management pro can become fatigued, hopping ship to ship.

Matthew’s 15 years of experience in finance and retail made him sharp: As his pawn shop’s Director of Operations, the day-to-day was never the same. Decisions needed to be made, constantly, about goals and dreams alike—as Matthew was already well-learned in the truths of modern pursuit trading.

His job demanded travel, however, and lots of it. Multiple hours per day, multiple days per week, were spent behind the windshield: a place where “It never ends,” is both one’s wake and the road ahead—wherein “It never ends,” never really ends, itself.

He missed his wife. He missed his 20-month-young son, too. Nevertheless, his company’s demands were rising—and his number of options, falling. As Matthew’s son overtook new life milestones at home, he had to undertake old milestones on the highway. As his company expanded, his options dwindled. Something had to change—desperately so.

So, it was settled: Working to live is better than living to work. He’d transition into franchising, which was an endgame goal he’d held for years. His decade-long dream wasn’t without proactivity, either. He’d accumulated a lot of data, and he’d researched numerous industry professionals, time and time again, to better perceive and conceive a plan.

Even so, there was frustration. Very little data, often presented sans extrapolation, made financial sense. Matthew took the practical road first, finding and contacting specific franchisors to study real data rather than accumulated insights: those unactionable, ‘more or less’ insights burdened by presentation needs and blunted in summarization—failing to help one learn how to buy a franchise business proactively and progressively.

His contacts were mostly concerned with “making the sale,” rather than the full picture of life as a franchiser. He needed prospective outlooks from all angles: the brand owner’s, the financial decision maker’s, the day-to-day worker’s and, ever pressing, the customers.

Then he discovered Careyann Golliver. Not only was she a top industry, but she loved family-owned businesses—having established her own. Even better: She’d evolved this business into a successful franchise, landing over 100 locations across America.

Careyann Golliver, America’s Franchise Matchmaker™, took the multidirectional approach Matthew needed. She covered every angle he’d considered—and even some he hadn’t. Off the bat, Matthew sought help over two major concerns to express.

His first concern was one of financial capability. He’d need to balance the franchise’s lofty price tag with day-to-day costs. His family’s quality of life was a priority—and this wouldn’t change. His second concern, as a natural predication of the first, was one of Longevity:

Would his franchise be sustainable?

Careyann worked with Matthew to narrow down his list of options, showing him that learning how to buy a franchise business, really, is all about taking a first step. Going down the list, the two focused on franchise models which assured secure growth, foreseeable scale, low entry costs and an uncapped opportunity. Before long, Careyann found him a match—one which left enough room for day-to-day work in the pawn shop, managing a manager. More importantly, he could rely on his own decisions as his tools for success.

How to Buy a
Franchise Business,
the Logical Way

Before meeting Careyann, Matthew’s business considerations weighed heavily on the decision to sell food. All expenses considered—daily labor, doubly so—this was a direction inherently burdened by low margins and very high, constant costs. To this, Careyann had a solution:

His service-based brand could be recession-proof—and it’d be Amazon-proof, too. He could quickly scale his franchise, if need be, but he’d also benefit from the comfort of reliable operations—regardless of surrounding industry conditions. His managers could set sail, themselves, to discover new expansion locations.

This direction was new and unfamiliar, certainly—but it’d certainly spell success. He could benefit from a healthy lifestyle of community engagement. He could also rest easy, too, as his franchise could expect high customer numbers—a market guaranteed to make consistent purchases.

Careyann provided an invaluable insight which sparked success for Matthew: Sometimes, changing one’s business direction entirely isn’t a bad thing. Sometimes, “It never ends,” can be dispelled with the help of another. Learning how to buy a franchise business is difficult, but franchising roadmaps are indeed real—even if seemingly elusive at times. True industry expertise begets the employment of such tools, of course, and no resource is left unchecked when experts like Careyann come aboard.

For those so well-traveled, intuition alone tells the truth: Unknown territory is never truly unknown, after all.

“It should go without saying how grateful I (and Aprille) are for your mentorship and guidance through this process. My biggest concern heading down this path is that I was going to feel obligated, trapped or unable to say no, regardless of how far down the path we got.

You constantly reassured us at every step that we were always in control. It gave me a great sense of peace and comfort knowing that regardless of the outcome there was no wrong answer.

You have a gift working and speaking with people- I fully endorse your trademark! Thank you again for all your help along the way. You’ve helped us take one of the most important steps in our lives that will change us forever. Can’t wait to see what happens!”